The Right Tool for the Job or Hobby

After viewing some of the user productions of Cinelerra, I've become very anxious to get to work on creating a video of my own.

For his first video ever, this user has created a pretty good AMV. It's from the animated series Read Or Die. The visual cues thumping to the audio don't seem to be as good as say, Nostromos' AMVs, but this is this guys first attempt at using Cinelerra, and it is better then expected from a noob.

Certainly allot of effects for a first timer, makes me wonder if he's used an NLE (non-linear video editor) before, like Adobe Premier or Sony Vegas

Cinelerra includes support for very high-fidelity audio and video: it processes audio using 64 bits of precision, and can work in both RGBA and YUVA color spaces, using floating-point and 16-bit integer representations, respectively. It is resolution and frame rate-independent, meaning that it can support video of any speed and size.

Since it's Linux, it's been 64 bit compliant for years. In fact, Cinelerra is only recommended for 64 bit mode. The reason is the large amount of virtual memory required for page flipping and floating point images often exceeds the limit of 32 bits.


FLOATING POINT
Store and retrieve images in the best possible fidelity with floating point imaging and file formats. Access OpenEXR, the official file format of Lucasfilm. Access CR2 images from Canon EOS digital cameras in floating point. Adjust color levels without losing information. Never have to guess how far out of range the colors are. Save high dynamic range intermediates for multiple steps without losing data.

Cinelerra usage and awards
Cinelerra has gained ground among some GNU/Linux enthusiasts looking for a native video editing system. Professional use is mostly promoted by Linux Media Arts, which sells an integrated hardware and software package for video production that includes Cinelerra.

At the National Association of Broadcasters' 2004 Electronic Media Show, Cinelerra was awarded Bob Turner's "MAKING THE CUT" award. The award is given to "the best and most exciting postproduction products seen at the convention".

Just too many features to list. There is so much depth to the program. Join the community of creators at the official community site located here.

Basic Editing Tutorials
Watching these tutorials, will show everyone just how easy it can be to start producing top notch media with Open Source Software, on an Open Source Operating System(Linux). These videos are thanks to the Covey family

Add A Title
Add text onto any portion of your video.

Add custom fonts
Adding a custom font to the your video gives it even more personality. Creating your own font will give it even more uniqueness. Anyone can create there own font, The Gimp (general image manipulation prorgam) would be ideal for this.

The software is Open Source so why not buy a user manual.
In a more advanced topic we could setup the a plugin that allows The Gimp and Cinelerra to work together. Basically having photoshop in the video editor, which currently isn't doable in commercial software.

Putting it all together - this tutorial involves manual fades, transitions and camera automation used to create a little (and I mean little) slide show from some digital photos in my library. Movie Maker Schmovie Maker!


Now Hopefully you have already installed Cinelerra, followed along and are ready for the more advanced topics to come.
- January 19, 2010

Nothing like an awesome to MMV (manga music video) to mix things up. Superb editing on this video, never having a still image and run... 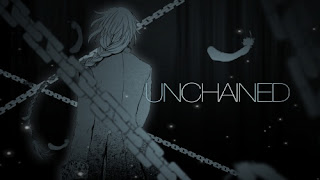 View My Other Blog